Here is a collection of words starting with M and also you can learn Multi-language translation of a word start with M with the help of pronunciation in English. 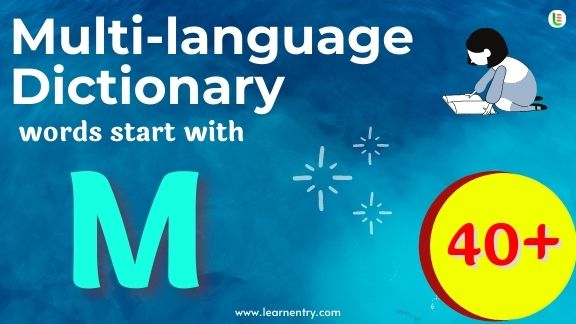