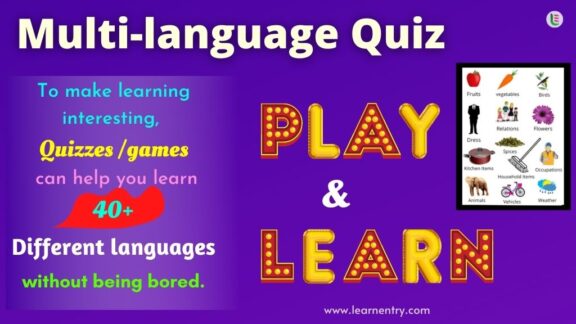 Here you can learn common words used in daily life in the Multi-languages and their pronunciation in English. Click below what you want to play and learn in different languages.