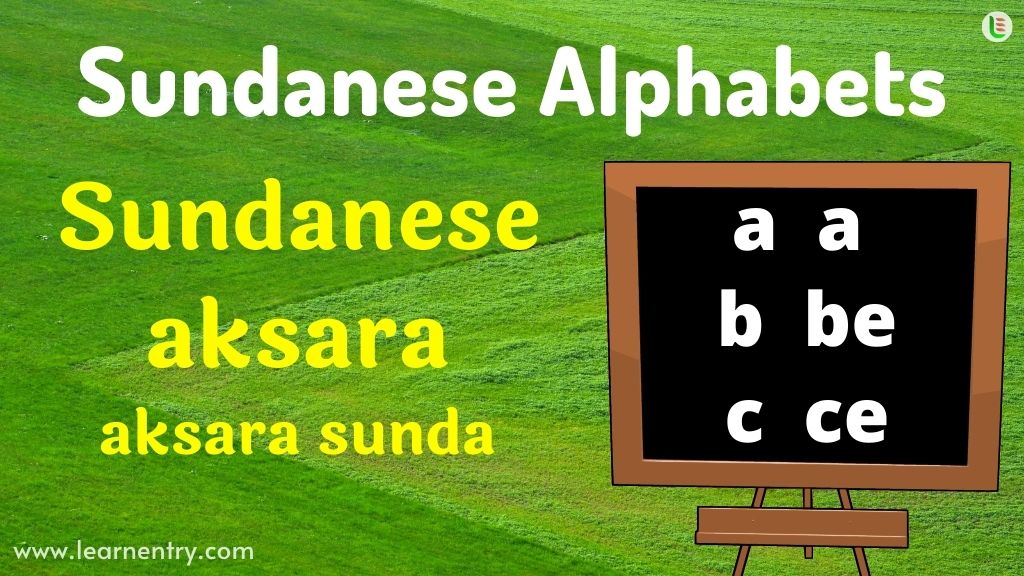 Sundanese alphabet are called Aksara sunda. Sundanese vowels are known as vokal and Sundanese consonants are known as konsonan. Sundanese languages are spoken in Indonesia over 43 million native speakers to communicates their language.

Sundanese alphabet has 32 letters contains 7 vowels, 23 consonants and two foreign words/loanwords as shown in below table and their pronunciation in English.

Loanword means letter adopted from one language into another language without translation. Some of the Latin letters are not used in Sundanese alphabets, which are not part of the proper alphabet these all just appear only in loanwords (rare letters), which are named as foreign consonants / loanwords as shown below,