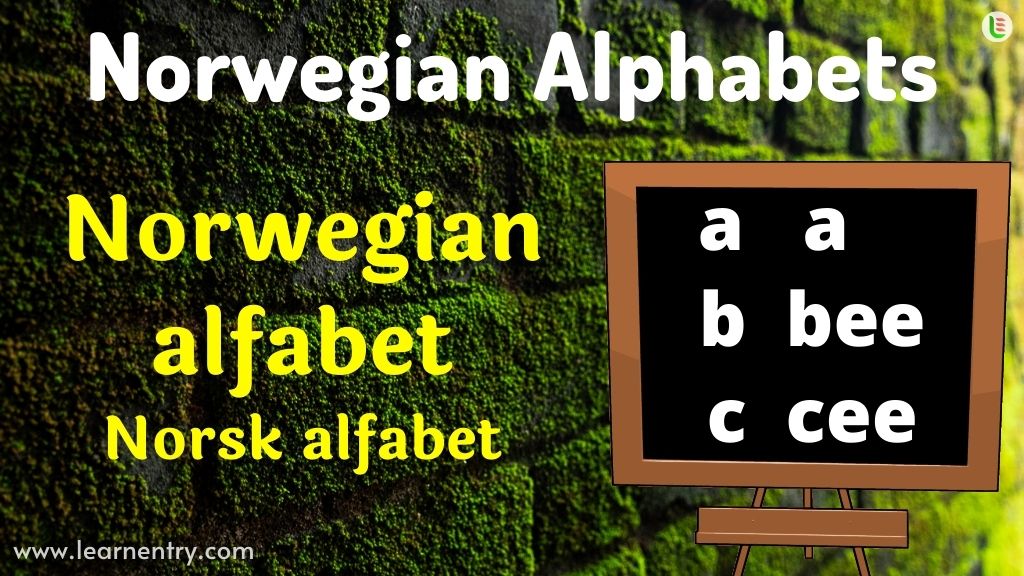 Norwegian language speaks in Norway over 5 million speakers to communicates their language around the world. Norwegian alphabet is a Latin script/Roman alphabet with extra some letters. Norwegian is large relation between Danish and Swedish.

Norwegian alphabet has 29 letters contains 9 vowels and 20 consonants as shown in below table and their pronunciation in English. Some letters c, q, w, x and z are rarely used loanwords.