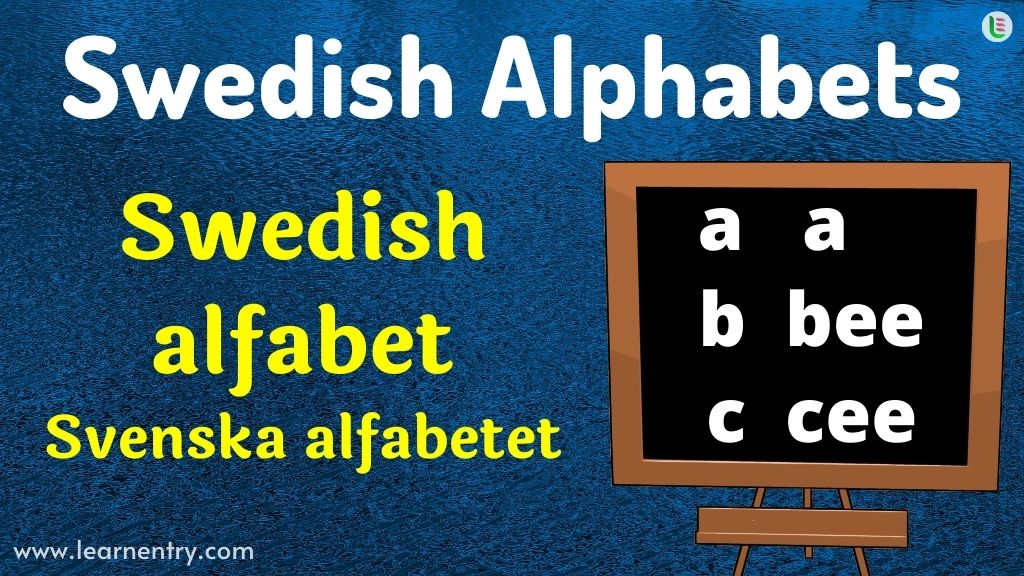 Swedish language is spoken in Sweden and Finland over 10 million speakers to communicates their language around the world. Swedish alphabet is a Latin alphabet/Roman script / English letter of 26 letter, some letters c, q, w, x and z are rarely used loanwords. Swedish language is an Indo-European language family.

Swedish alphabet are called Svenska alfabetet. Swedish vowels are known as vokaler and Swedish consonants are known as konsonanter.

Swedish alphabet has 29 letters contains 9 vowels and 20 consonants as shown in below table and their pronunciation in English.

Learn Swedish language, you must learn Swedish Sentences and Phrases as below, it helps more strength to convey your Swedish conversations.