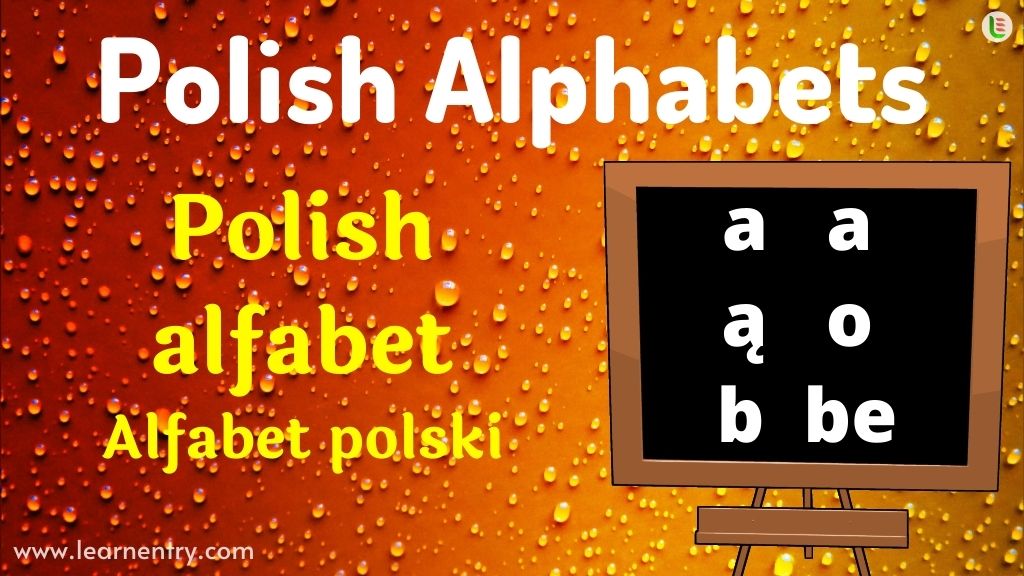 Polish languages are spoken in Poland over 45 million native speakers and 50 million speakers to communicates their language around the world.

Polish alphabet is a Latin alphabet/Roman script /English letter has 26 letter and added nine extra letters (ą, ć, ę, ł, ń, ó, ś, ź and ż). Some of the letters are not mostly used, so they are in foreign letters/loanwords such as (q, v, and x).

Polish vowels are known as samogłoski. Polish alphabet has 9 vowels. Here we learn Polish vowels and their pronunciation in English.

Learn Polish language, you must learn Polish Sentences and Phrases as below, it helps more strength to convey your Polish conversations.