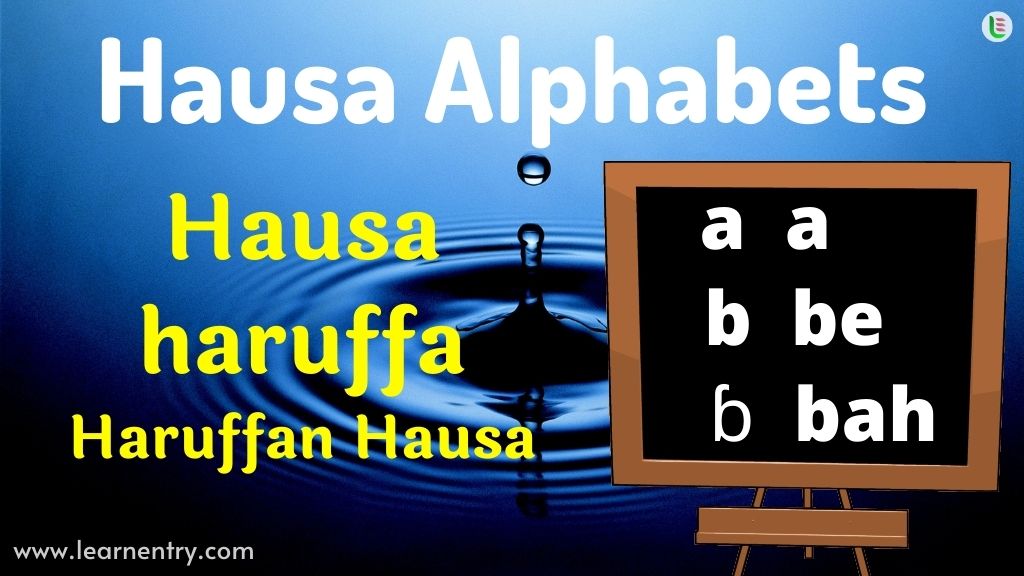 Hausa languages are spoken in Nigeria over 80 million native speakers to communicates their language around the world. Hausa is a Chadic language spoken by the Hausa people and also widely spoken in Cameroon, Chad, Sudan, Kanuri. Hausa language is under Afro-Asiatic language family and also it is the largest languages in the African continent.

Hausa alphabet has 29 letters containing 5 vowels and 24 consonants as shown in the below table and their pronunciation in English.

Hausa vowels are known as wasula. Hausa alphabet has 5 vowels. Here we learn Hausa vowels and their pronunciation in English.

Learn Hausa language, you must learn Hausa Sentences and Phrases as below, it helps more strength to convey your Hausa conversations.