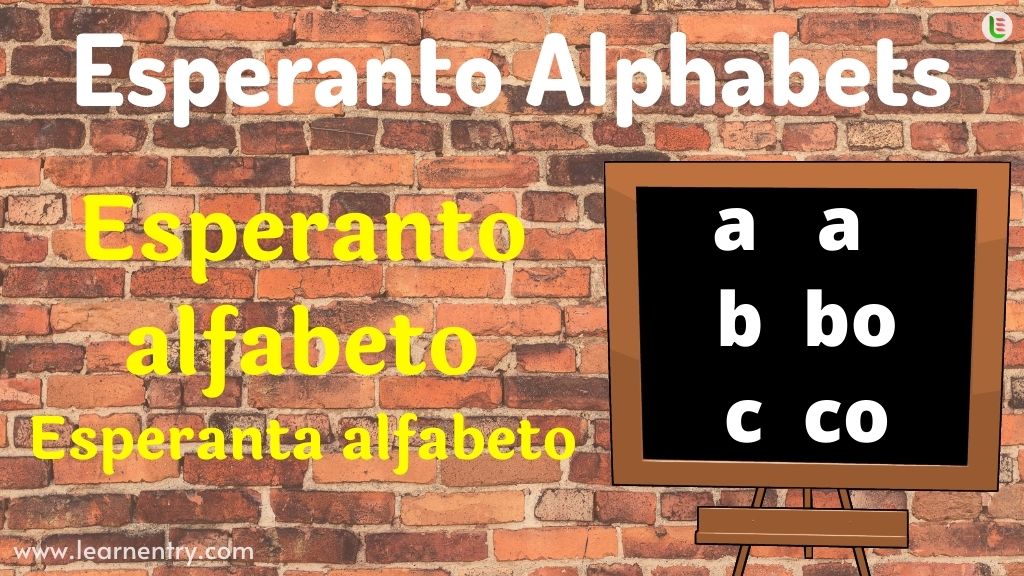 Esperanto language speaks 2 million speakers to communicates their language around the world. Esperanto language was introduced by Polish Medical Doctor L.L. Zamenhof in 1800. The word esperanto means ‘one who hopes’. Esperanto alphabet is a Latin script / Roman alphabet / English letter.

Esperanto Alphabets has 28 letters contains 5 vowels and 23 consonants as shown in the below table and their pronunciation in English.