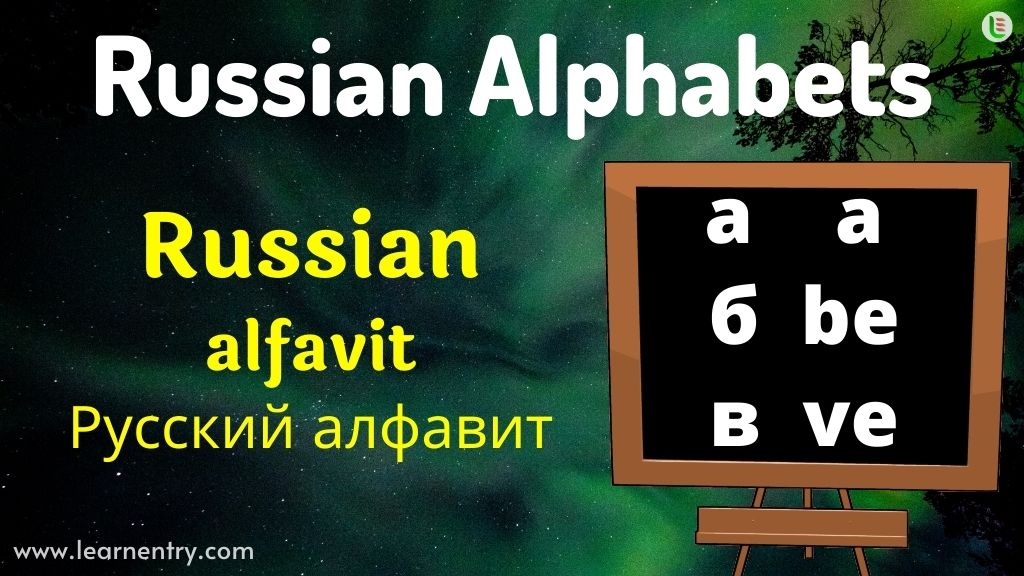 Russian is one of the popular languages in Russia over 154 million speakers to communicates their language around the world. Russian language is a Slavic language and also it is the largest native language in Europe.

Russian alphabet is also known as the Cyrillic script. Cyrillic script is a method of verbal communication used in some languages of Slavic, Mongolic, Turkic countries. Russian language is one of the most influential languages in the world.

Russian alphabet has 33 letters contains (10+1) vowels and (20+2) consonants. They are categorized by

Russian vowels are known as гласные (glasnyye). Russian alphabet has 10 vowels and one semivowel as shown in below table and their pronunciation in English.

Learn Russian language, you must learn Russian Sentences and Phrases as below, it helps more strength to convey your Russian conversations.