Language is a communication tool in which knowledge, emotions and feeling convey to others. Chinese language is second largest spoken languages in the world. Mandarin Chinese is a Simplified Chinese used in both mainland China and Singapore, the spoken language. Mandarin Chinese is one of the most popular language in China over 955 million speakers and 1 billion speakers to communicates their language around the world. Chinese language is one of the most influential languages in the world. 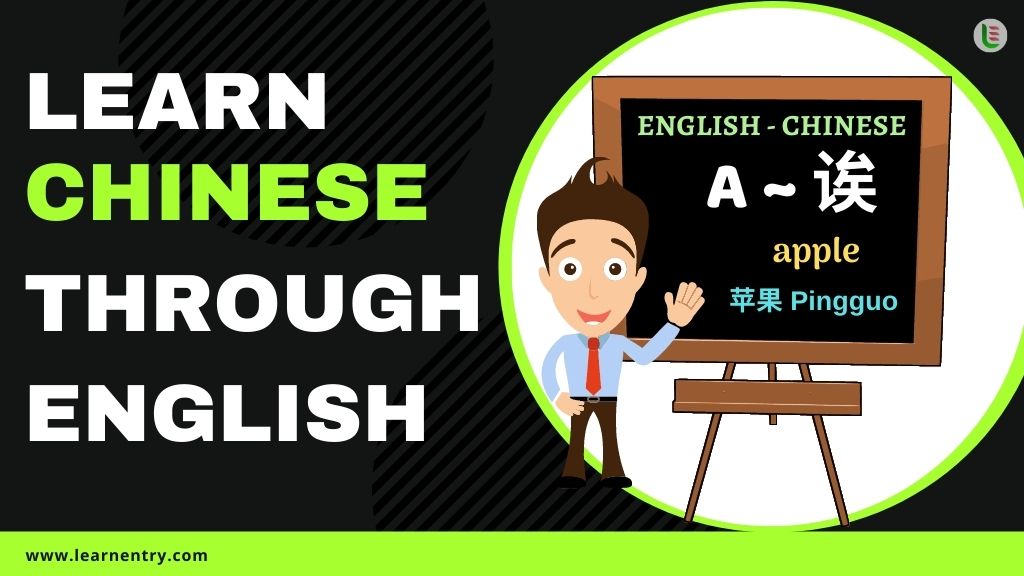 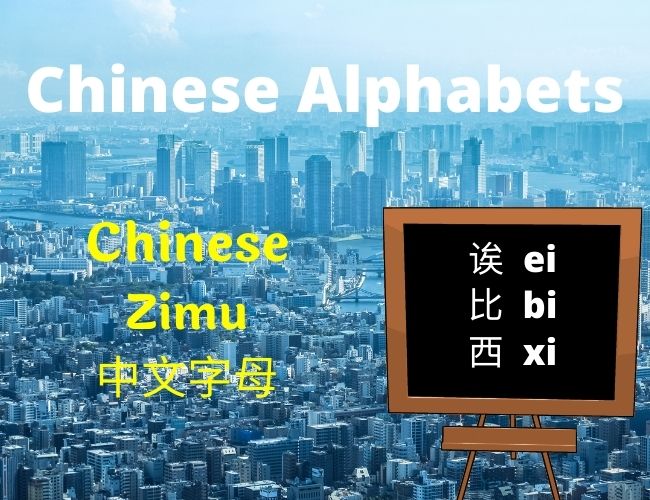 There is no such vowels and consonants in Chinese alphabet, because there are only characters. Chinese alphabet is an Ideogram. Ideogram means symbols of the character that gives meaning/idea. 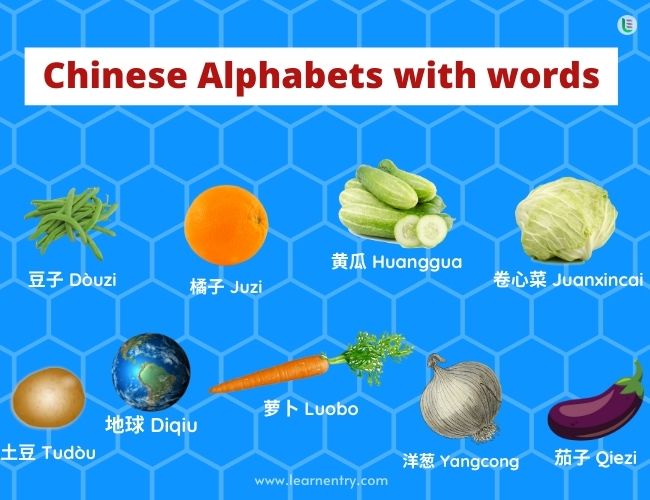 Here we can see the Chinese letters with words and their pronunciation in English with pictures. 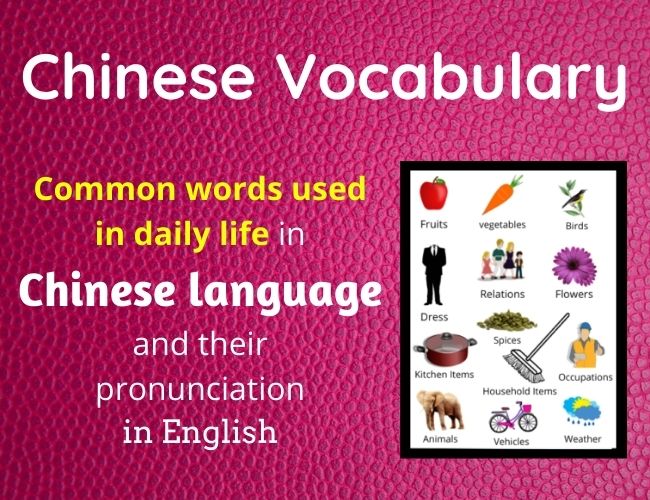 Common Vocabulary contains common words that we can used in daily life conversations in Chinese. Here you can learn common words used in day-to-day life in the Chinese language and their pronunciation in English. Numbers, Fruits, Vegetables, Animals, Relations, Kitchen items, etc… 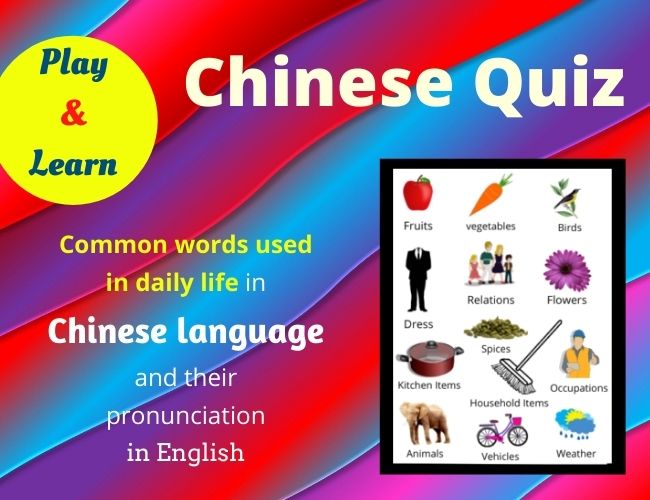 To make learning interesting, there are quizzes/games. Quizzes / games can help you learn Chinese languages without being bored. You can learn Chinese through English while playing. 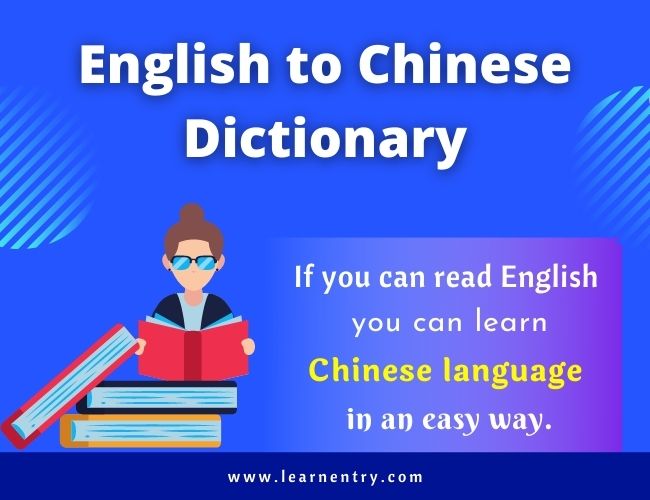