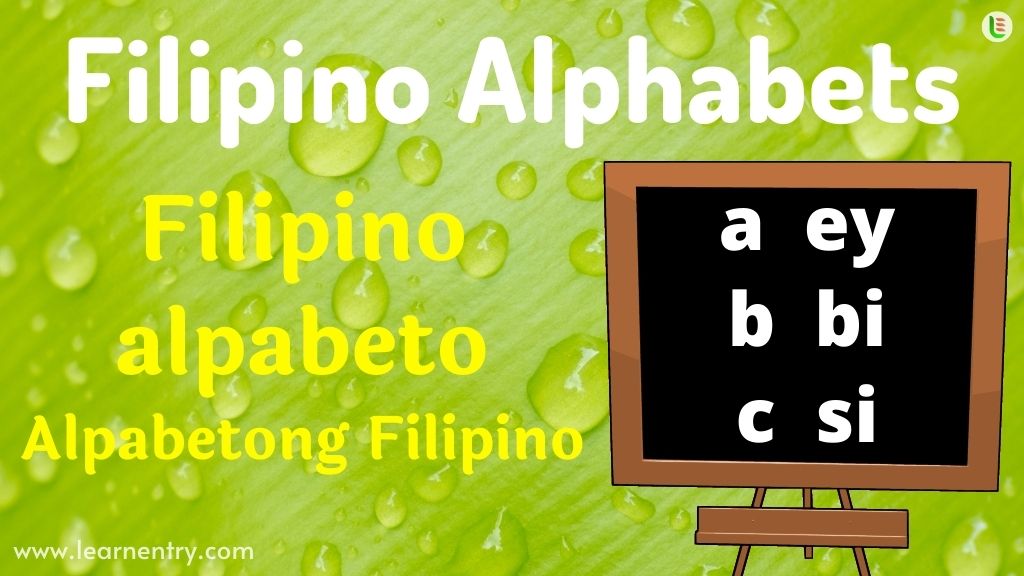 The modern Filipino alphabet was introduced in 1987. There are two official languages of Philippines are Filipino and English and people speak many languages like Tagalog, Cebuano, Hiligaynon, Bicolano, Waray, Kapampangan, Pangasinan and Ilocano. Filipino is the national language of Philippines.

Filipino alphabet is a Latin alphabet/Roman script. More than 50 million Philippines speak Tagalog of 100 million population. Tagalog is one of the popular spoken languages in the world. Tagalog language is not at all same as Filipino language. Tagalog is spoken by Philippines.

Filipino alphabet has 28 letters contains 5 vowels and 23 consonants as shown in below table and their pronunciation in English.

Learn Filipino language, you must learn Filipino Sentences and Phrases as below, it helps more strength to convey your Filipino conversations.