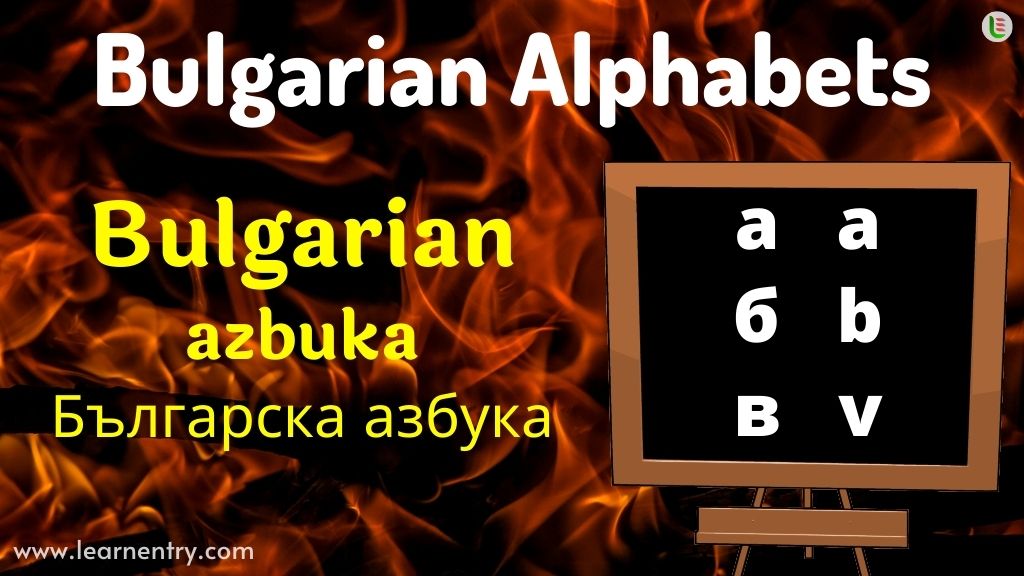 Now, the modern Bulgarian alphabet has 30 letters contains 6 vowels and 24 consonants as shown below table and their pronunciation in English.